Tell us what you're looking for...
Want to Run Your Own
My Guide Website?
Find Out More

Arts & Culture Hot List
We can still recall The Prophecy performing at Kaz’Out in 2015. During that year their first album 21st Century had created the buzz, and the single “Sirmonte” was known by almost everyone on the island. And what a path have they "sirmonte" since then, The Prophecy is now one of the most famous artist on the island. From one day to another the group was brought to the limelight. The group has had the chance and priviledge to perform in many countries in Europe, on other islands in the Indian Ocean as well as in Australia since then. 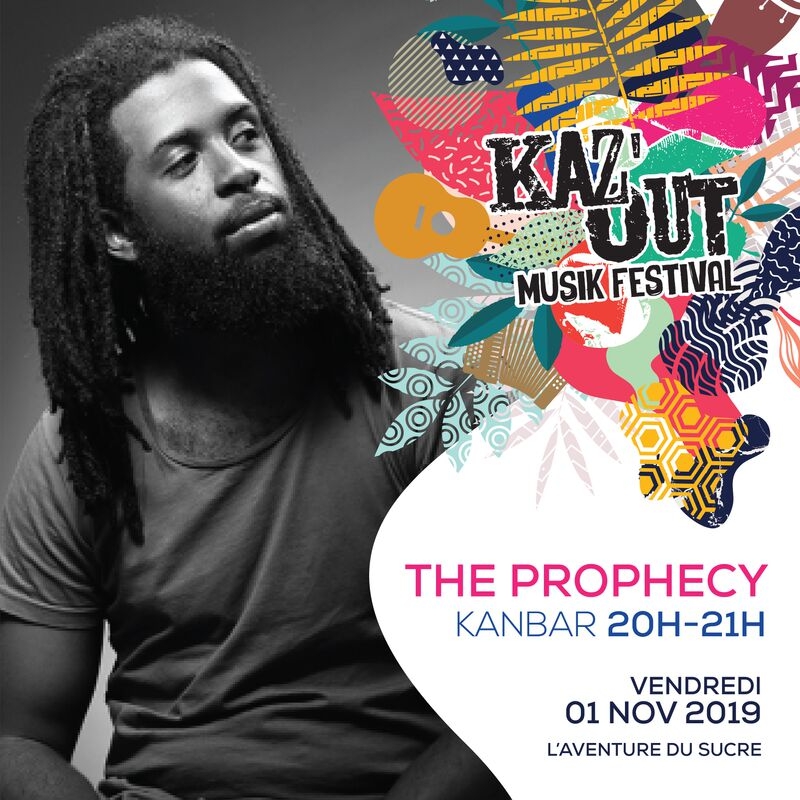 Through reggae /seggae music, these young guys have managed to express their feelings through amazing lyrics and melodies and share messages of love and positivity which resonates with the emotions of the public.

Murvin Clélie (aka Prophet Emifa), the vocal leader of the band The Prophecy, is the author and composer of the songs which are now like hymns of joy and hope on the island like the famous single “Laglwar” crowned as the Best Local song in 2018 on all local radios. Drawing their inspiration mainly from the Rastafarian culture, it is without any doubt that the message of their music is a message of love and justice. The group also advocates their African origins with songs on the albums dedicated to the African continent. Murvin has been gifted with a special tone of voice which is easily recognisable by the audience.

The creation of the group is the story of two childhood friends; Murvin and Olivier. Murvin born in 1995, discovered music, thanks to his father. At the age of twelve, he received his first guitar for christmas. Amazed by the mystical power of this music instrument, he decides to share this passion of playing with his lifelong friend, Olivier Dauphine.

And that’s where the story of The Prophecy begins, they both developed the same ambition; creating a music group. Ever since both friends worked hard together with Murvin writing lyrics and Olivier playing the guitar. This gave rise to the composition of several songs. 'The Prophecy' was created by the two childhood friends in 2009. Through the years, they welcomed other members in the group.

After the absolute success of their first album “21st Century” in 2015, everyone has been impatiently waiting for the second one.. and what can we say, it was absolutely worth the wait. The single "Mecanik mo Leker" came out in 2017, and was much appreciated by the public with those beautiful strong lyrics about a love declaration. The full album “Where we belong” came out in 2018 and has been an absolute hit. From 7 years old kids to a 77 years old grandpa, you can hear everyone singing the single ‘Laglwar’ since it was released.

From their first performance in 2015 to now, Kaz'Out is absolutely happy and proud of the achievements of The Prophecy, so we could not miss out on bringing them back on the Kaz'Out scene this year to celebrate their success with the public.

Kaya ‘The King of Seggae’ sure is smiling in heaven seeing his legacy living on through the young generation of the island through the Seggae music.
Get ready to sing it in chorus at Kaz’Out this November 2019. A pure moment of chills awaits you.

All of our providers offer 24/7 support

Create & Share your own Guide to Mauritius with friends and family!