Konnekte
Specially for Kaz'Out 2019, Ghatam Club, NULA & Jacky Woodridge aka J Summersoul have joined forces to create the group Konnekte. Why the name 'Konnekte' (which means to connect in Creole), because the members have the same vision that, we as humans though our differences, we are all connected in a way either through music, culture, food, religion. 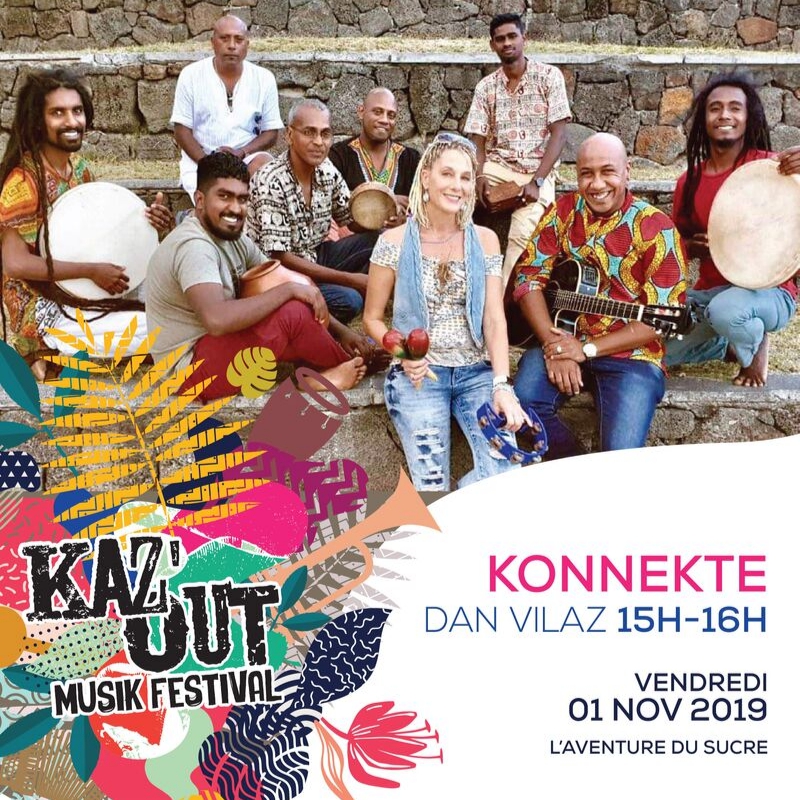 Konnekte with its 10 members will light up the Dan Vilaz scene with their traditional Mauritian, Indian and African sounds. Get ready for a fusion in Mauritian style between: India with the Ghatam Club and their ghatam instrument (one of the most ancient percussion instruments of South India; a clay pot with a narrow mouth), Africa with NULA and their drums and Europe with J Summersoul and her voice, the only lady of the group (who has been a country music singer in Switzerland and Germany for years).
What a mix of sound and music which perfectly reflects the blend of the Mauritian culture. We can't wait to hear them live.

Mannyok
After 5 years of the festival, it is with great pleasure that we will welcome our beloved Rodriguan brothers for the first time. They will for sure light up the scene with their well known smile and festive mood with their ‘Sega Tambour’ 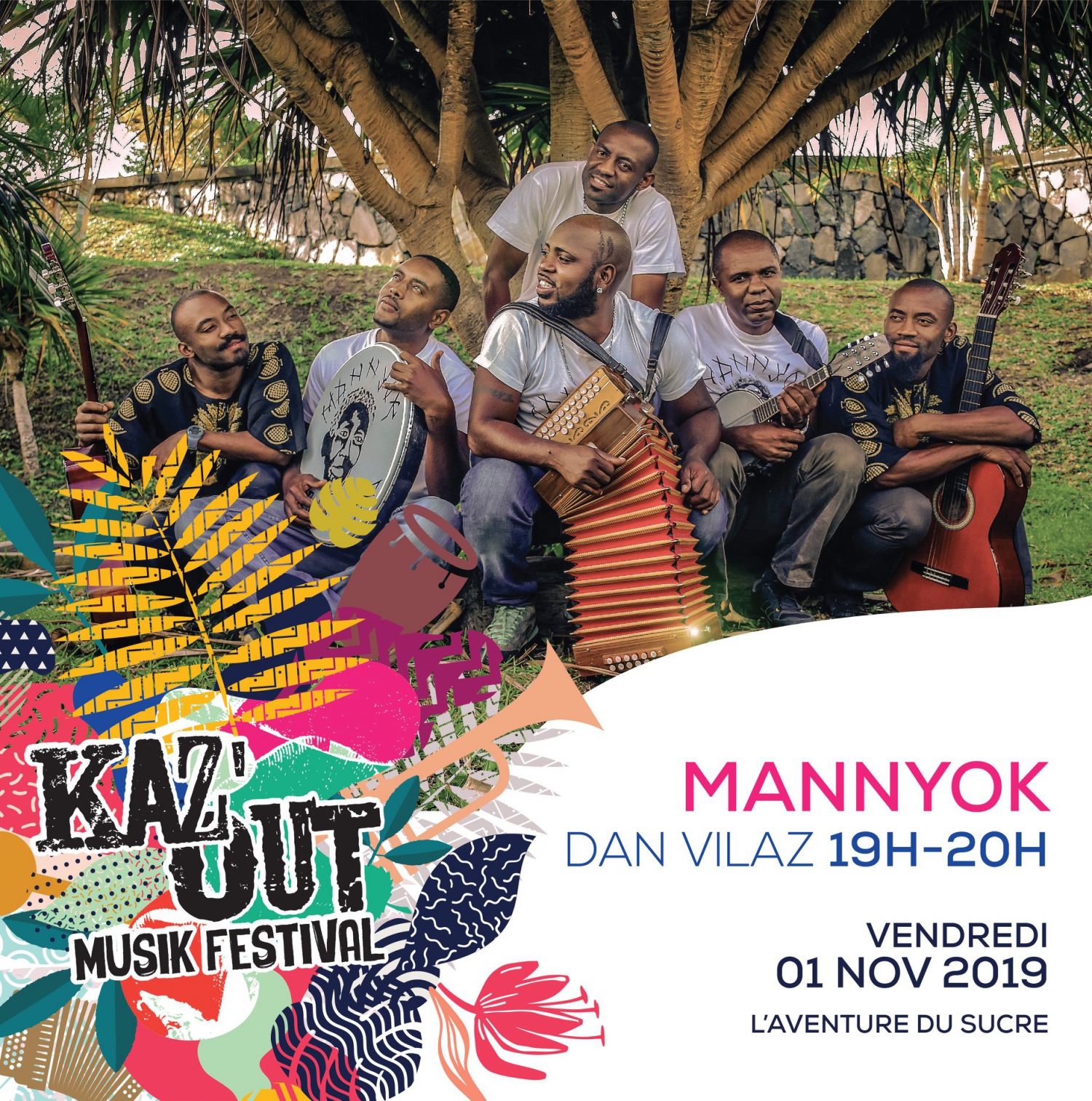 The name of the group ‘Mannyok’ is inspired by one of the basic food which was consumed both in Mauritius and Rodrigues in the past; the cassava.

The group Mannyok is made of five members namely Sydney Alfred, Christian Casimir, Christophe Casimir, Mime Emilien and Vallen Pierre Louis. However being part of the group Mannyok is not their first step on the musical scene of Rodrigues. They come from two popular groups Eko Rod and Blacrod Brothers with whom they have already produced a dozen of CDs and DVDs respectively featuring songs that have been successful in Mauritius, Rodrigues as well as in several countries of the Indian Ocean.

After many years in the musical industry these passionate singers, musicians, writers, composers decided to gather in the same group for the best. And the success of this initiative comes largely from their perseverance and innovative minds. Their album has been recorded in full with traditional acoustic instruments from Rodrigues island and other instruments improvised by the members of the group.

Votia
And then we have Kaz’Out favourite artist at the last IOMMA 2019 (Indian Ocean Music Market )1. The traditional music of Reunion island the 'Maloya’ takes another dimension with Votia, don’t miss out their show as thrills are guaranteed. 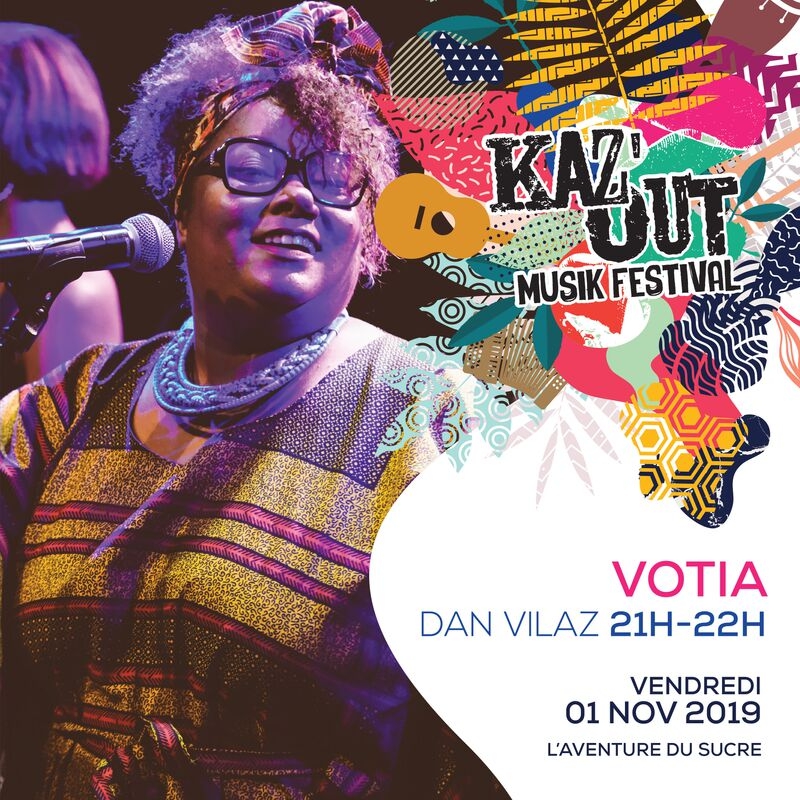 Marie-Claude Lambert-Phileas; the singer of Votia, has everything to conquer the hearts of the public with her sweet and powerful voice. Her texts and music is an invitation to discover her world. Her first album "An soumak” was released in November 2016. The name Votia is a tribute to her mother who comes from Madagascar and her father is none other than the famous maloya artist; Gramoun Lele.

She usually accompanied her father when he performed throughout his career and has thus been influenced (her first model) by his music. We can for sure say that Maloya runs in her blood. Other artists which have influenced her are James Brown, Erykha Badu among others.


Video Credit: Filmed on 30 September 2017
by O'TV during the Kabar Village Maloya organised by Région Réunion.


1 IOMMa is the first music industry platform in the Indian Ocean area; a market which favors exchanges, meetings and opportunities between artists and professionals, while building a bridge towards the music industry in Europe, Australia, America and Asia. IOMMa’s ambition is to help the Indian Ocean music industry carry on its professionalization, as well as encourage networking through a wide range of business meetings gathering international players.
Written by: My Guide Mauritius
PUBLISHED: Apr 21st 2022