Helicopter Tour Through the past few years the pictures of the underwater waterfall on the south west coast of Mauritius have captivated people from around the world. The view from this area is like a painting created by Mother Nature. Imagine being able to see it with your own eyes instead of only gazing at pictures.

There’s no better way to experience the jaw-dropping views of this waterfall illusion under the sea than with the sightseeing trips offered by ‘Born to fly’ through its seaplane tours.

This is a unique seaplane activity offered on the island. Discover from the air the most stunning views of the azure, white and green palettes of the Mauritian coast and inland with its lagoons and pristine beaches as well as a bird eye view of the Black River Gorges National Park to the geometric patches of the sugarcane fields.

The diversity in views and colours is simply breathtaking. The luckiest may also come across dolphins, whales or turtles.

The operations of ‘Born to fly’ are based at Le Morne Peninsula, at the extreme southwestern tip of the island which is another reason to go for this seaplane tour.

Why? Le Morne Brabant Mountain situated on the peninsula has been classified as a UNESCO World Heritage site since 2008. This area bears a rich but painful past, with the mountain being a refuge at the time of slavery in Mauritius for runaway slaves. Many chose to leap to their deaths from the mountain top rather than being captured again. During your trip you will thus also be able not only to admire the majestic backdrop of Le Morne Brabant but also discover a part of Mauritian history.

According to ‘One Eye’, which is a spot guide for kite and windsurfing in Mauritius, the main great spots for these activities are focused around Le Morne. So during your trip you might also come across the sight of colorful kitesurfs and windsurfs.

But trips are not limited to the above mentioned sites. ‘Born to Fly’ also cater for specific requests on demand. It may operate pick up and drop off points from many other locations on the coastline such as hotel jetties. However the pickup and drop off point must be the same.  This is possible after prior agreement on flight time and itinerary. However this service is also dependent on appropriate weather and sea conditions.

The sightseeing trips aboard the seaplane vary from 20 to 60 minutes depending on the chosen itinerary. The seaplane can accommodate only one passenger per trip.

Minors require prior parent or guardian authorisation. The seaplane is a professionally maintained and fully serviced TL 3000 SIRIUS equipped with a Rotax 912s engine of 100hp.

The pilots Nico and Ludo are two enthusiastic and experienced, licensed pilots. They are bilingual (French & English speaking), therefore language should not be a barrier if you have any questions to ask the pilot while in the air.

Nico
Passionate about Mauritius, Nico settled here in 2007. He is a professional Ultra-Light Aircraft (ULM) pilot licensed from the French Department of Civil Aviation. He has also followed specialised technical and maintenance training from the CNFTE in France.

He is also passionate about kitesurfing and is himself a kite surfer who has won 4 national championship titles in Mauritius. He also formed part of the French kite boarding national team in the past.

Ludo
Born to Fly is Ludo’s childhood’s dream. Being a child he dreamt of flying a seaplane around Mauritius. Prior to Born to Fly, Ludo was a commercial pilot for a charter company in Tanzania. He spent 8 years flying a Cessna Grand Caravan there.

He then settled back in Mauritius and started living his childhood dream. 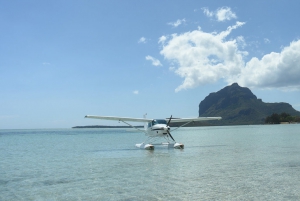 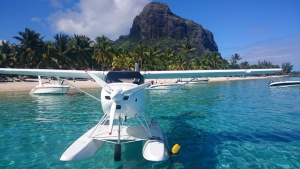 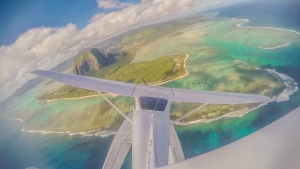 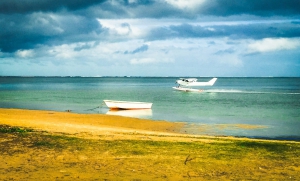 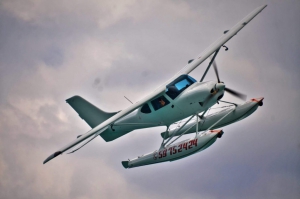 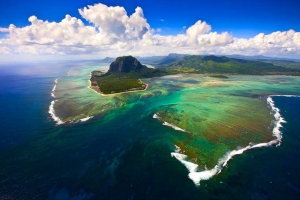 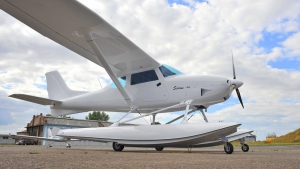